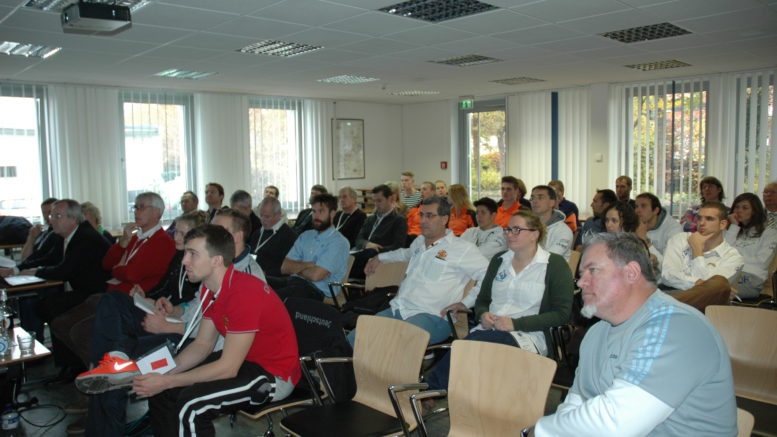 After these two years should take place a seminar to evaluate the pilot championships. The main results of this seminar with controversial and fruitful discussions were:

– The workload for athletes could not be reduced significantly.
– The costs for the participation seemed not to be essential for the participation in championships. Extra competitions need extra budgets.
– The big majority of the participants at the discussion forum agreed that it is necessary that the programme of the European Championships has to be the same as at the World Championships.
– To make it easier for those federations who not take part up to now in championships it was agreed to continue with the short programme until an evaluation of the two pilot Youth World Championships 2012 and 2014.
– In 2014 no European Championships for Juniors will take place. It was proposed to create a separate point score for European Junior-Teams at Rescue 2014 including those events, which were on the programme of the European Junior Championships 2013.
– Many other very detailed proposals for minor changes of the rules have been given by the participants. These proposals will be discussed at the next meetings of the Sport Commissions of ILSE and ILS.
– Main point in all discussions of the meeting was a need of a common goal of all Member Federations of ILS and ILSE how to present Lifesaving Sport in about 10 years to realise a better media coverage and more attractiveness for spectators. This is important to follow the idea to become an Olympic sport.
– ILS Secretary General Dr. Harald Vervaecke reminded all stakeholders to be more professional in organisation, realisation and participation at all lifesaving competitions and events to reach this goal.

The recommendations of this seminar will be topics of the next ILSE Sports Commission Meeting in January 2014 in Stratford on Avon/United Kingdom.