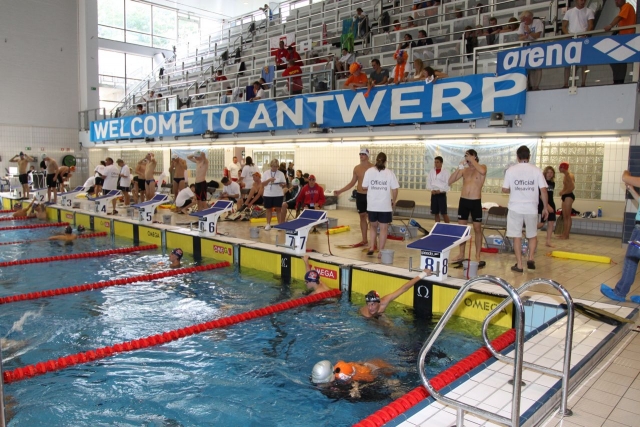 The Belgian Lifesaving Federation LFBS organised the European Championships for Juniors in Antwerp and Lille, the event took place from 2nd to 4th September 2010. Teams from 14 ILSE Member Associations (Belgium, Czech Republic, Denmark, France, Germany, Great Britain, Ireland, Italy, Netherlands, Norway, Poland, Spain, Sweden and Switzerland) participated in the competitions. Winner was the team from Italy (584), followed by the teams from Germany (550) on the second and the team from Spain (433) on the third place. For the second time the competitions were organised according to the new concept with less participants per team, less disciplines and on a very low budget.

ILSE was represented by ILSE Board Member Clive Holland. The event was well prepared. The hospitality by the Belgian Lifesaving Federation, the Flemish Life Saving Federation or in Dutch Vlaamse Reddings Centrale VRC and its members was excellent.

Clive Holland thanked on behalf of ILSE the LFBS President Luc Landrain, as well as VRC President Dr. Harald Verwaecke, Rik Voorhelst, Wim Nuyens, Sports Coordinator Wijnand Hubregsen and all the other responsible persons and helpers for the organisation of the championships and the great hospitality. The City and the Province of Antwerp and the sponsors mentioned at the opening ceremony supported the VRC in a great manner. More details about the competitions, a lot of photographs and the official results in detail you will find on the official website of the European Championships at http://jec2010.ilsf.org/ .