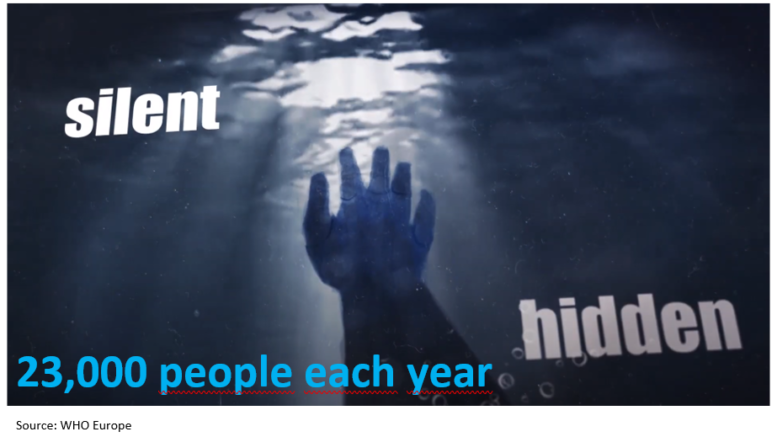 The United Nations passed its first ever Resolution on Global Drowning Prevention (A/RES/75/273) during the seventy-fifth session of the UN General Assembly on Wednesday 28th April 2021.

The Resolution was brought to the United Nations by Ireland and Bangladesh, and co-sponsored by 79 countries including many European. UK charity Royal National Lifeboat Institute (RLNI) has provided tireless support to the process.

This is an historic occasion and a sign that the UN is deeply concerned that drowning has been the cause of over 2.5 million preventable deaths in the past decade but has been largely unrecognized relative to its impact.

ILSE President Dr Detlev Mohr PhD thanked especially the Irish Government, Water Safety Ireland and the ILSE Associate Member RNLI for many years of negotiatians. He welcomed the UN Resolution: „Drowning Prevention is also a huge problem in Europe. In the European Region, drowning causes the loss of 23.000 lives every year, not counting the victims of floods and those of the refugee crisis. It is the second leading cause of death in children aged 5–14 years and the fourth leading cause among young people aged 15–29 years.“

Therefore ILSE co-operates together with WHO Europe to assist European countries in their drowning prevention efforts. In the main focus of ILSE are the high burden countries in Europe.

The Resolution proclaims 25 July each year as the ‘World Drowning Prevention Day’ to raise awareness of the importance of drowning prevention and the need for urgent coordinated multisectoral action to improve water safety, with the aim of reducing preventable deaths.

ILSE encourages all Members to review the UN Resolution on Drowning Prevention, draw it to the attention of their members, stakeholders and communities, and factor its recommendations into their plans and efforts for drowning prevention. The resolution can be found in the six UN languages here: https://www.undocs.org/en/A/75/L.76 , later on https://undocs.org/en/A/RES/75/273 .